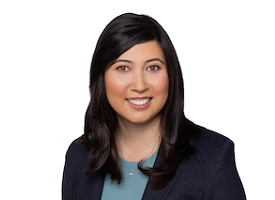 Gina Cremona has plaintiff and defense side experience in patent litigation matters in U.S. district courts, the International Trade Commission, and the Federal Circuit.  Her practice involves a wide range of technologies, including software and computer technology, semiconductor devices and fabrication, medical devices, and pharmaceuticals. Before joining Tensegrity Law Group in 2018, she was an associate at Wilson Sonsini Goodrich & Rosati PC and Ropes & Gray LLP.  She previously served as a law clerk to the Honorable Jimmie V. Reyna of the United States Court of Appeals for the Federal Circuit and the Honorable Otis D. Wright II of the United States District Court for the Central District of California.

U.S. District Court for the Central District of California

U.S. District Court for the Northern District of California

U.S. Court of Appeals for the Federal Circuit