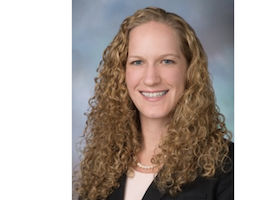 Kiley White has plaintiff and defense side experience in patent litigation matters in U.S. district courts and the U.S. Court of Appeals for the Federal Circuit.  Her practice includes a wide range of technologies, including biotherapeutics, pharmaceuticals, and semiconductors.  In addition to her substantive legal practice, Kiley is active in several bar associations, including the Giles S. Rich Inn of Court and the Intellectual Property Section of the American Bar Association (ABA-IPL).  Previously, she was an associate at Steptoe & Johnson LLP.  Before joining Tensegrity Law Group in 2020, she served as a law clerk to the Honorable Pauline Newman of the United States Court of Appeals for the Federal Circuit.

Supreme Court of the United States

United States Court of Appeals for the Federal Circuit